Caledonian Sleeper – Making the Most of Scotland

Since 2002, about four times a year I’ve visited Scotland for work, always travelling at least one way on the wonderful Caledonian Sleeper. At first I’d get a day train home, or spend the evening in Glasgow waiting for the sleeper back to London, but then I realised this was an opportunity to explore more of the country. Now I finish my meetings, leave work behind and jump on a train to enjoy Scotland’s scenery, cities and walking. With so many scenic routes, the train journey is part of the enjoyment.

The first trip took me to Balloch and an evening by Loch Lomond. Maid of the Loch, the paddle steamer on which we’d sailed back in 1970, was moored by the quay. This magnificent vessel is under restoration and hopefully will one day sail across the loch once more. 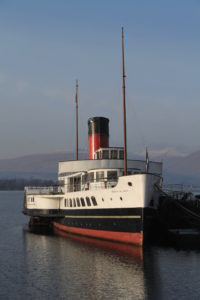 Another holiday revisited was to Troon where we’d stayed in 1970. Then it was a holiday resort but habits have changed and with people flying to find hotter weather Troon is now a quiet but pleasant seaside town, visited by day trippers and golfers.

Afternoons were spent in the historic cities of Stirling and Perth before a short morning meeting gave me the opportunity to visit Corrour on the West Highland Line to Fort William, arguably Britain’s most remote station. It’s an amazing place on the edge of Rannoch Moor. As the train headed off to Fort William I was on my own in this remote spot amongst lochs and mountains. I was to return here a few years later, choosing Corrour as the first of forty lonely stations visited for Remote Stations. 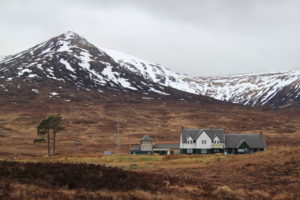 From Corrour I’d returned to Glasgow but then realised that I could use the Highland Sleeper back to London providing a multitude of options for long evenings in Scotland.

Another ride up the West Highland Line took me to Fort William, a walk by Loch Linnhe and the unforgettable experience of some of Scotland’s best scenery passing by as I enjoyed dinner in the sleeper lounge car. Another time I alighted at Bridge of Orchy and took a walk on the West Highland Way before catching the sleeper home. 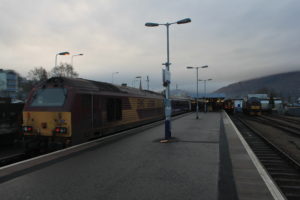 I’ve made numerous trips up the Highland Mainline, sometimes all the way to Inverness, once enjoying dinner on the Highland Chieftain before the restaurant cars were sadly scrapped and always taking my favourite city walk along the river and across the Ness islands.

Pitlochry has been my most visited destination. Five times I’ve spent late afternoon and evening here, walking on Ben Vrackie, the 2,759 foot mountain that overlooks the town, before catching the sleeper home just before 11pm. Four times I reached the loch beneath the summit, a steady but easy climb from the town. Finally last summer time and weather permitted me to complete the remaining and steep ascent to the summit. What a view and all a few hours after I’d been sitting in meetings in Glasgow. 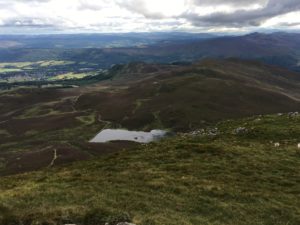 The East Coast hasn’t been left out. Aberdeen was visited on a freezing winter afternoon when snow lay on the beach and Stonehaven in rather warmer summer weather. A shorter trip took me to the lovely coastal town of North Berwick, returning home from Edinburgh. A meeting in Dundee gave the opportunity to view the Tay Bridge before travelling north for dinner in the Granite City. 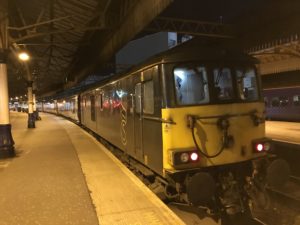 On three occasions I’ve finished work in Glasgow, caught a train to the coast, then a ferry. Once to Dunoon, once to Cumbrae Island and once to the Isle of Bute, when porpoises were spotted from the ferry. Each time I’ve returned to Glasgow in time to catch the sleeper back to London, having turned a routine business trip into a memorable Scottish experience. 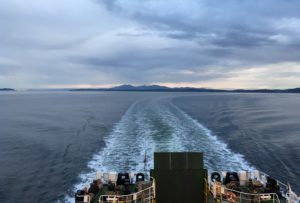 Sometimes I’ve stopped a night or two extra, usually when writing books. I stayed at the sadly now closed Forsinard Hotel, built by the Duke of Sutherland for his men to use while collecting rents, and enjoyed a walk in the remarkable Flow Country. Nearby Altnabreac on the Far North Line was visited for Remote Stations after a night in Thurso. 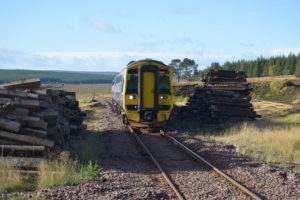 Most of my trips to Scottish tidal islands for No Boat Required followed work meetings around Glasgow, using the sleeper to travel north then home again after safely negotiating tides and mud to the islands. Crammond Island in the Firth of Forth, with many relics of military defences and concrete anti-submarine ‘dragon’s teeth’ line the causeway, was just a short bus ride from Edinburgh. 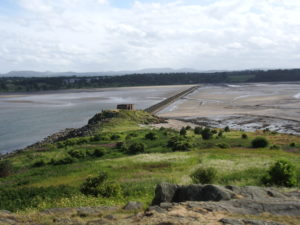 For environmental reasons I would never fly to Scotland but why would I even want to when the Caledonian Sleeper allows me to make the journey as I sleep – effectively in no time at all. With the new trains I can even shower on board and arrive ready for work having enjoyed breakfast in the lounge car, but more importantly explore Scotland once business has been completed.

Those who fly, drive to a meeting, back to the airport and travel straight home are missing so much more that can be achieved by using the sleeper. I’ve said it many times but will say it again, there’s no better way to travel to Scotland than the Caledonian Sleeper.