An Essex Walk from the Bewitched Village of Canewdon

Another Essex Coast Walk checked; a very enjoyable route from Canewdon along the River Crouch. The full route (Walk 34) starts at South Fambridge but I completed only the circular section.

The tall tower on St Nicholas Church can be seen for many miles and a light used to be maintained here as a guide to shipping. It was said that the village was bewitched and according to legend as long as the tower stands there will be six witches in Canewdon but I was disappointed to spot not one broomstick, or even a black cat. 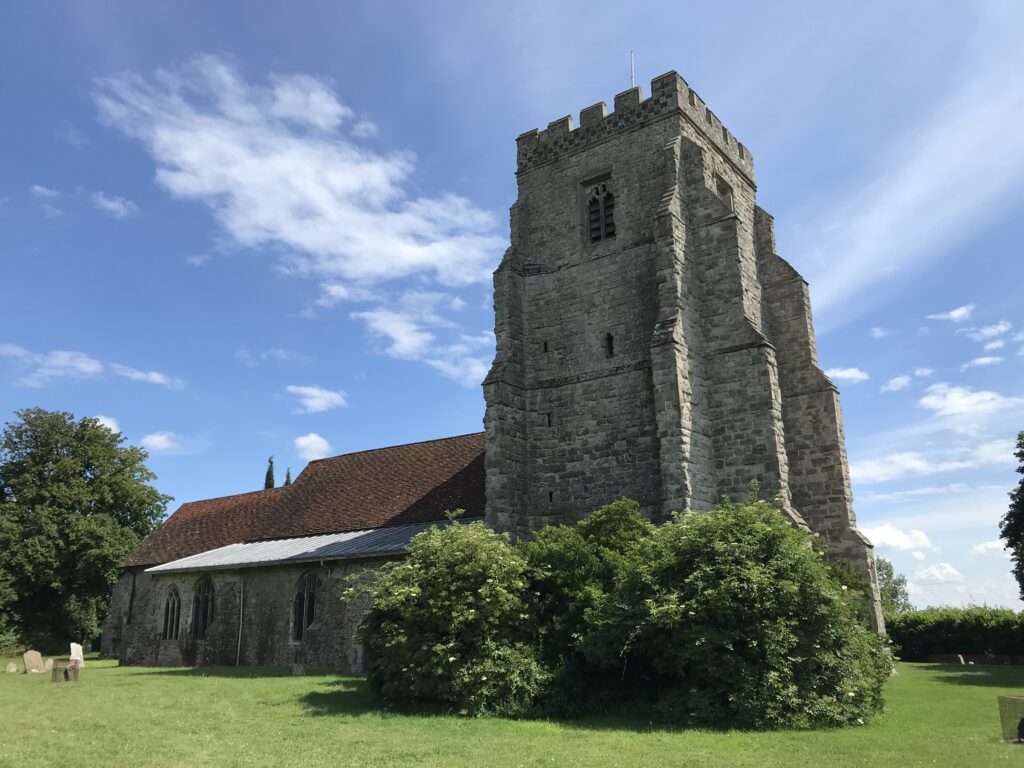 Outside the churchyard is the village lockup and stocks which date from around 1775. 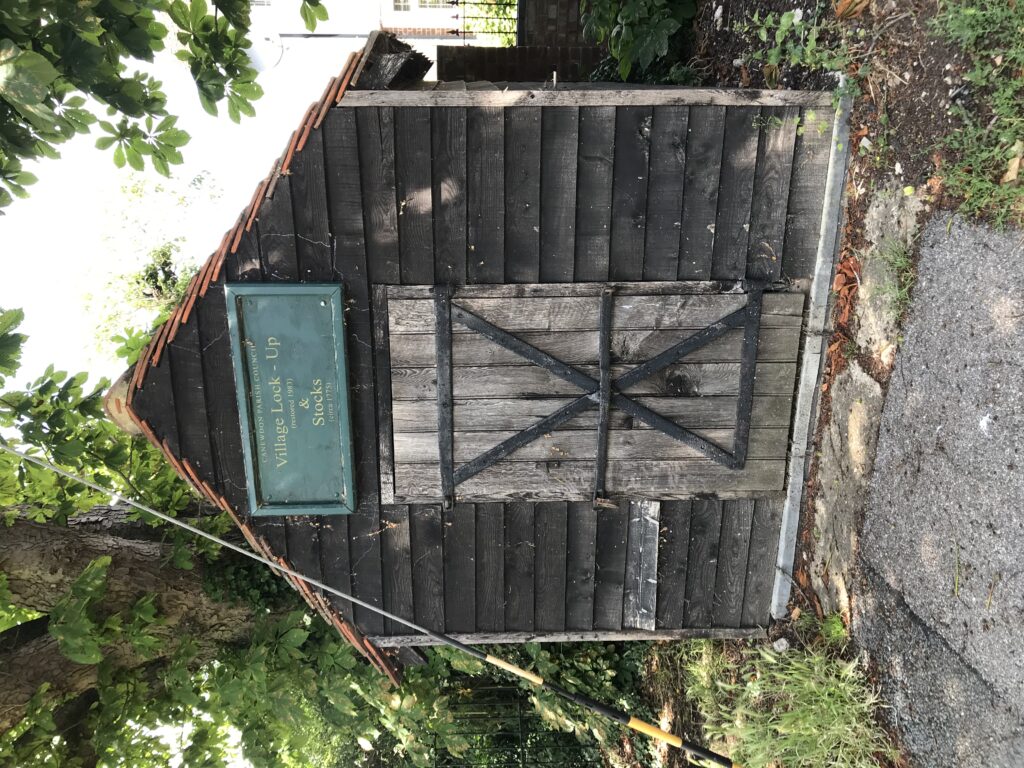 Paths run across countryside to the river, which was at its best with the tide high and sun shining. I had a pleasant chat with a family who should have been walking the West Highland Way this week, concurring as to the beauty of the Essex coast and the few people who venture out to enjoy it. 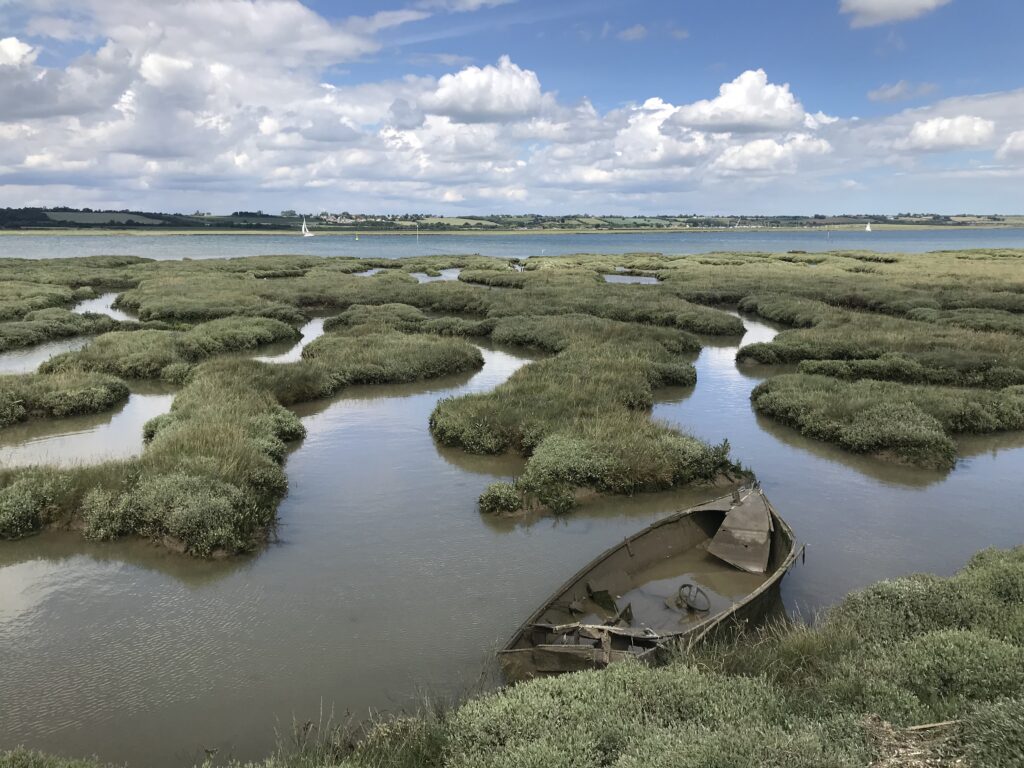 The circuit is completed heading inland at Upper Raypitts Farm, although I have on occasions found this section to be problematic. The way is now clearly marked with orange posts that roughly coincide with the OS map but I have seen the route across the field vary according to its use and once when crops were growing the only way through was to squeeze round the edge.

Blue discs were tied to the gates but their significance appears to be only to mask the sign below. I did once walk through the field when the bull was in residence but it was a relief to find he was elsewhere today, although it looks as if he may have had a nibble at the sign before moving on.. 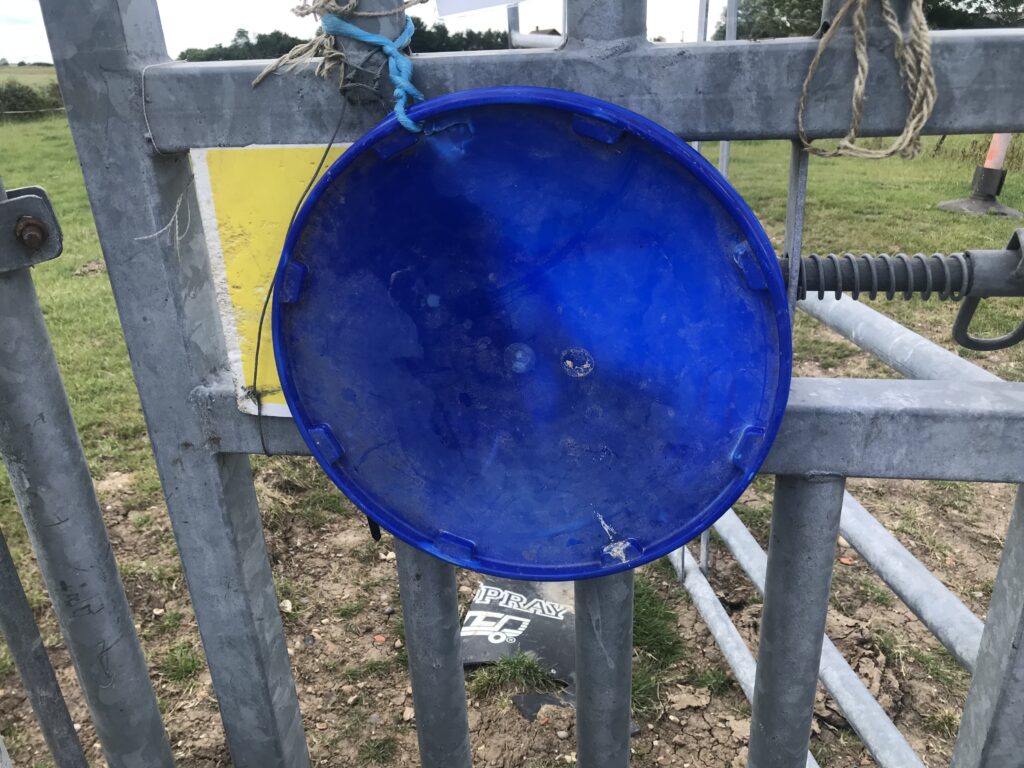 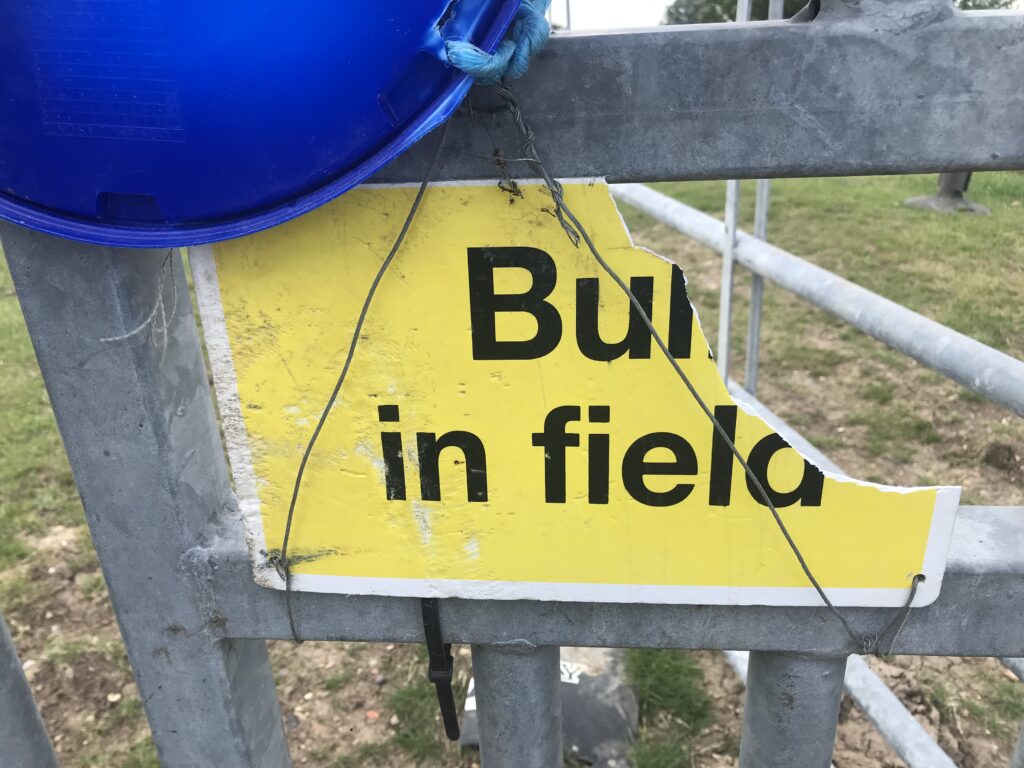 Back in Canewdon I passed The Anchor, said to be haunted by the ghost of a young woman named Sarah who was murdered here after giving birth to the child of a wealthy landowner whose wife had been instructed him to lock her up when she found out about the affair. 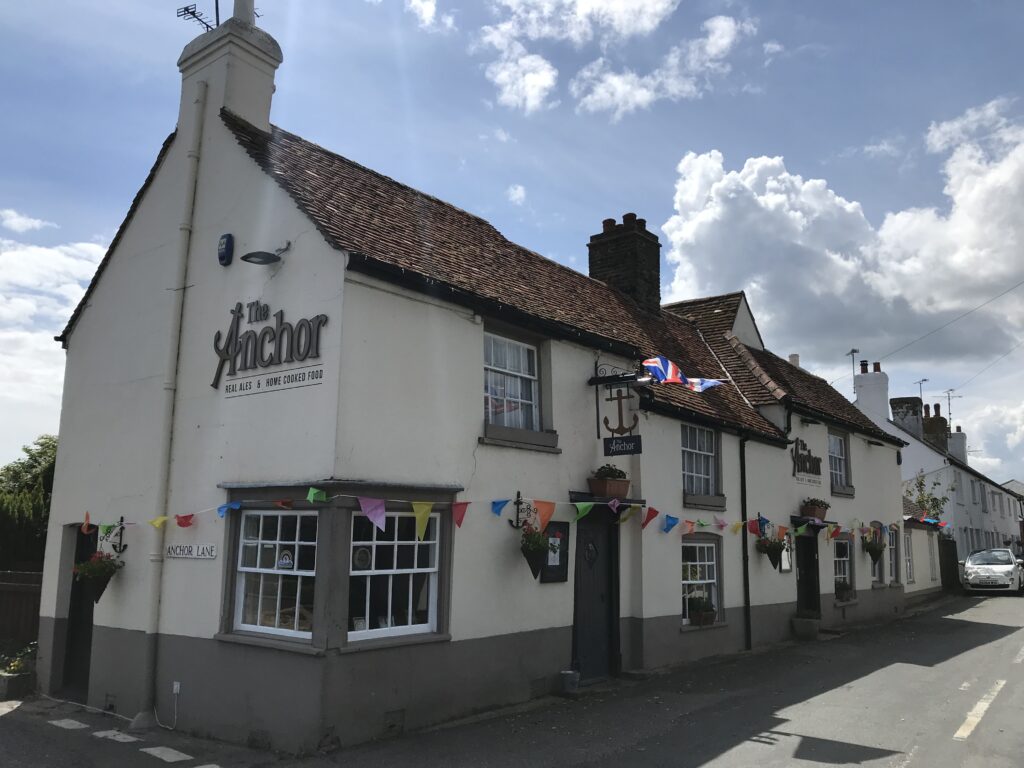 There are some excellent walks in this little-know corner of Essex and routes in 50 Walks in the Essex Coast cover the whole of its coastline.