A Walk Around Shoeburyness Range

Today’s walk, in weather more like October than June, took me around the military firing range at Shoeburyness. The area east of Shoeburyness, including Foulness Island, has been used by the military since 1858 when the British School of Gunnery was opened. It is still an active range and the footpaths can only be accessed when red flags are not flying (usually evenings and weekends).

Many signs warn walkers to stay on the paths. 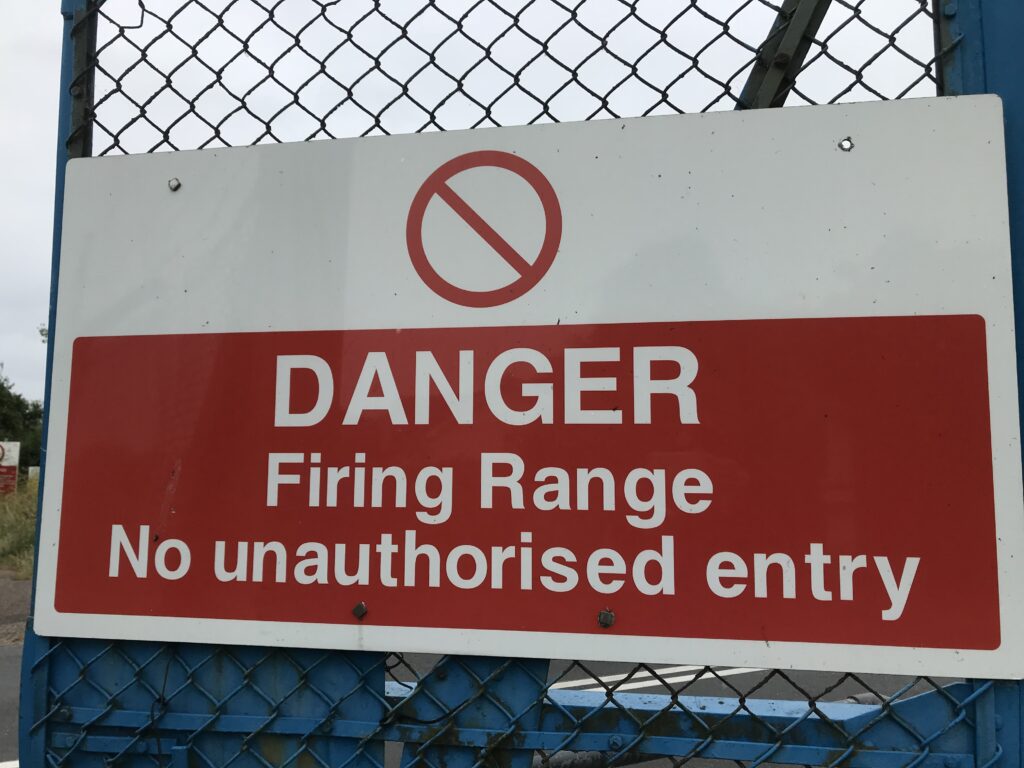 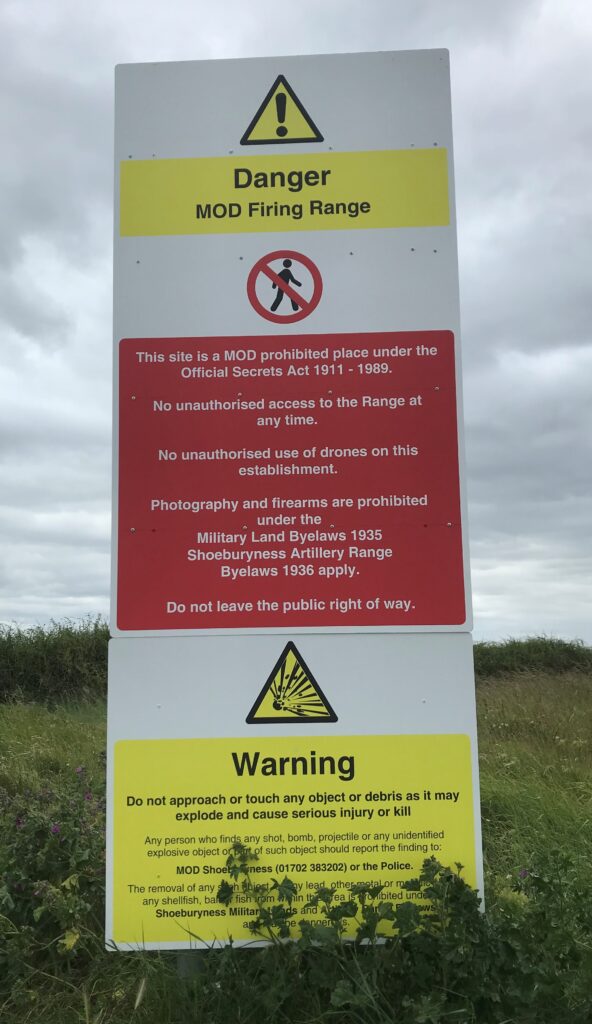 This is Walk 42 in 50 Walks on the Essex Coast and starts from Wakering Steps from where the Broomway heads out across Maplin Sands. This six mile low tide route to Foulness is extremely hazardous and one should only venture onto it with a guide. Over centuries many people have drowned as the tide comes in faster than a person can run. Today the tide was high but when it goes out a huge expanse of flat sand and mud is revealed. There is much more information about the Broomway in Essex Coast Walk.

The path crosses two disused military railways which served the site. It must be a long time since a locomotive came this way. An interesting selection of signs at the tiny settlement of Oxenham. Havengore Creek. The uninhabited Rushley Island is on the far side. 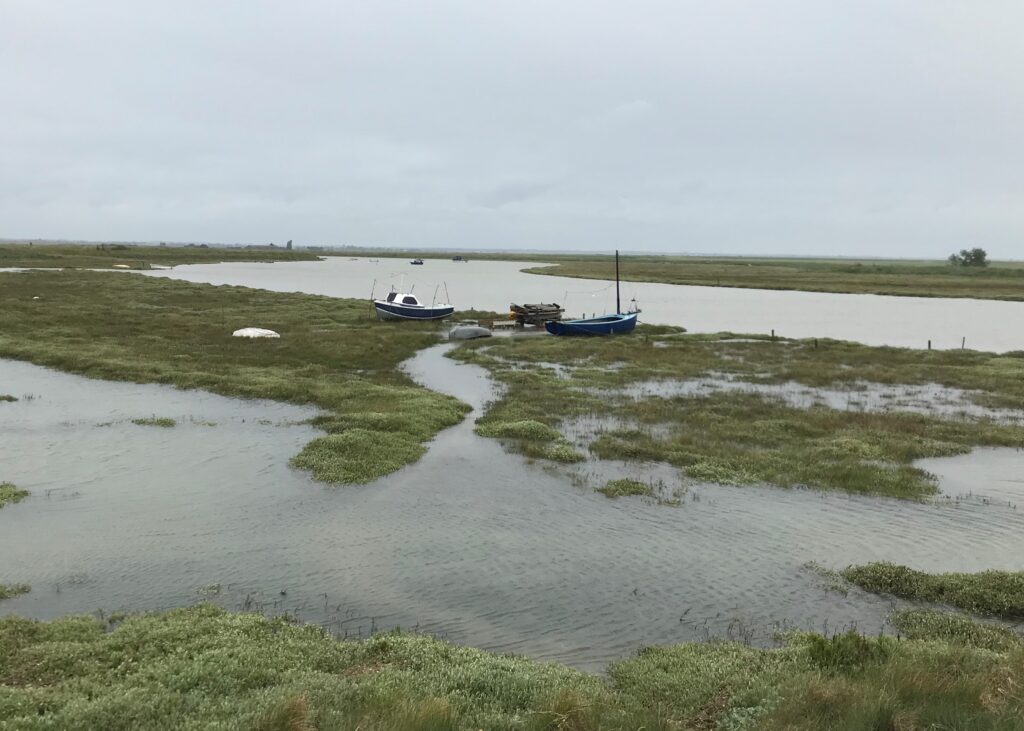 The bridge to Havengore Island which leads to Foulness. Access is severely restricted and there is a military checkpoint at Landwick Gate.

Beyond the bridge the path re-enters the range. 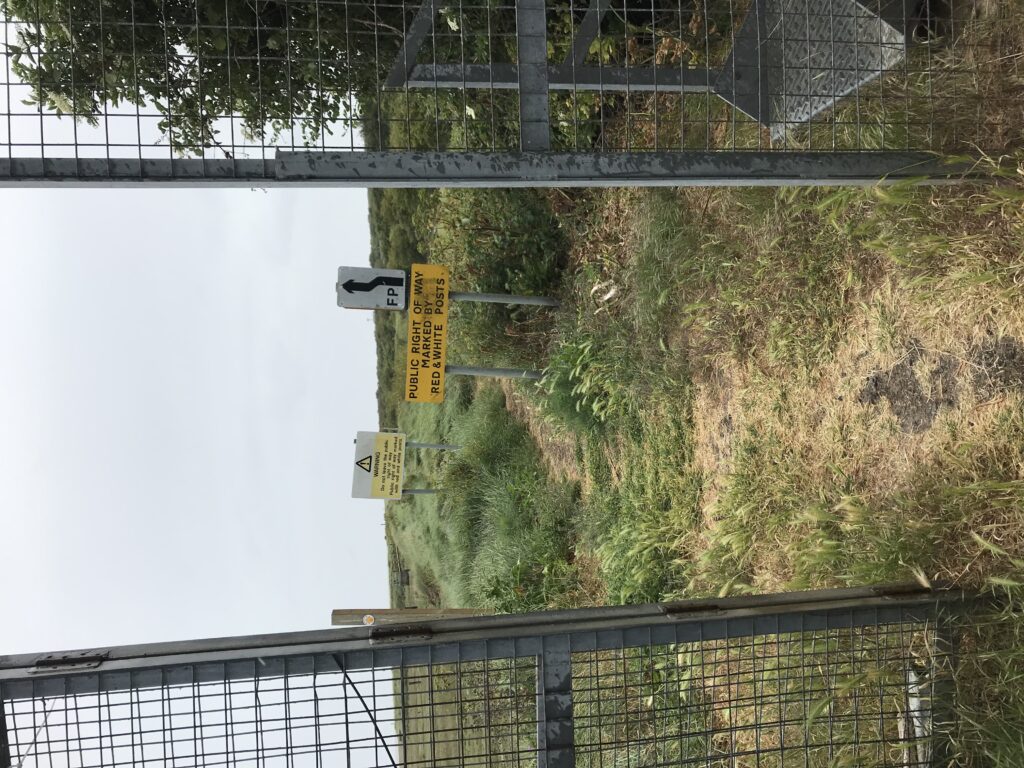 Haven Point, arguably the mouth of the Thames. The river’s 215 mile length is measured from a line drawn from here to Warren Point in Kent. There used to be some disused guns here pointing out to sea but they’ve been removed in the last few years. 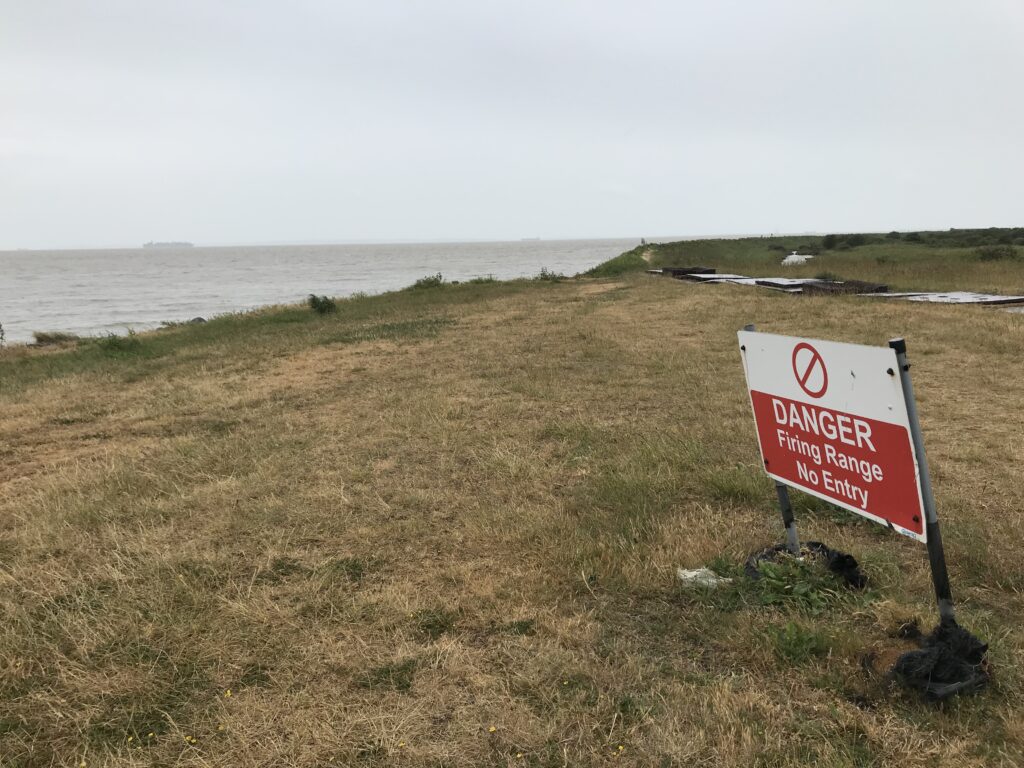 A few years ago I took part in a BBC Countryfile programme which featured a walk on the Broomway. I was filmed on this section of sea wall talking with Julia Bradbury and mentioned my book – which may be why they didn’t show that bit. I did however get to walk on the Broomway, although despite what the programme implied, not all the way to Foulness. The following year however I joined a guided walk across the sands and set foot on the very edge of Foulness Island. The only change needed when 50 Walks on the Essex Coast reprints is that one gate as disappeared.